What Is Pin Up - Dig Deeper Into The Art Of Seduction 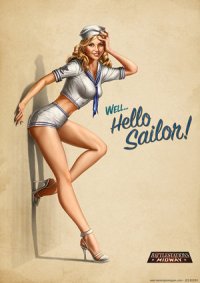 What is Pin Up?

These are photographs of pin up models that are intended for informal display. What made pin ups very popular is the women in the pictures.

Pin up models are usually glamor models, actresses and fashion models. Imagine the happiness of the male population with these pictures and women, who admire most of the pin up models back in the days because some of them are icons or known personalities.

To know more about this glamor world, read on...

More about "what is Pin Up?" 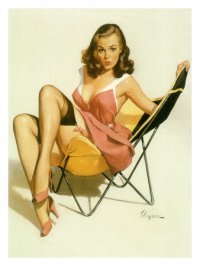 Aside from the facts written above, this can also refer to drawings, paintings and other illustrations done in emulation of photos. This term was first attested to in English in 1941. However, the practice is documented back at least to the 1890s. The images represented in pin ups could be cut out of magazines, newspapers, postcards, chromo-lithographs and many more.

Most of these photos appear on calendars which are meant to be pinned up. Later, posters of pin-up girls were mass-produced.

Most of the pin ups were photos of celebrities who were considered as sex symbols.

Who is Betty Grable? 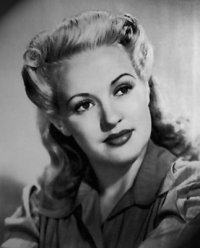 Well, she was one of the most popular early pin-up girls. Her poster was seen in the lockers of the military during World War II.

Other pin ups were artwork which usually depicts idealized versions of what some thought a particularly beautiful attractive woman should look like.

An example is the latter type Gibson girl which was drawn by Charles Dana Gibson. The genre also gave rise to several well-known artists specializing in the field which includes Alberto Vargas and George Petty.

Who is Bettie Page? 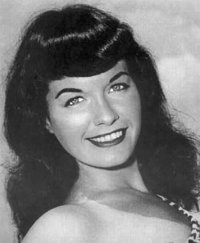 She is known as the Queen of pin ups. She was an American idol who became famous in the 1950s for her pin up photos. Her look which includes jet black hair, blue eyes and trademark bangs.

This look has influenced a lot of artists. She was also known as Miss January 1955 and she was one of the earliest Playmates of the Month for Playboy magazine.

The relevance of cheesecake to Pin Up photos...

Cheesecake is said to have gotten its name when, in September 1915, a newspaper photographer, George Miller, noticed a visiting Russian diva, Elvira Amazar, just as she was debarking her ship in New York. Miller asked the opera singer to hike up her skirt a little for the sake of the picture.

Later, the photographer's editor, something of a gourmet, is supposed to have exclaimed, "Why, this is better than cheesecake!"

The question "What is pin up in the past?" has been answered....so what about now?

Today, men can now be considered as pin ups and there are male equivalents of attractive and sexy actors like Harrison Ford and numerous model models. That got women screaming!

Now, the term is not “cheesecake” anymore because that will be quite awkward, somebody realized this fact and the term for these men is “beefcake”. More manly and strong.

The pin up style is returning...on a mass scale.

There are more and more women, shying away from the current (very unflattering) fashion and trying to find something which accentuates the curves more, is a lot classier, glamorous and extremely sexy. 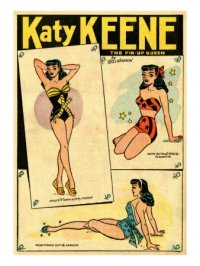 There are now a whole lot more pin up models popping up on the scene, a lot more clothing and accessory stores (both online and off) and it's not uncommon to see women dressed in this style walking down the road.

It's really something being in a presence of a pin up woman (if you're not one yourself). The confidence oozes from them and you just want to get closer so a bit of it rubs off on you.

The more the better I say...